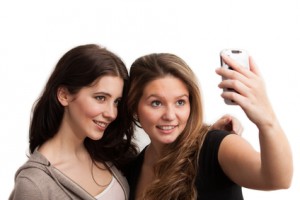 There’s no doubt or use in debating the effect of braces for serious orthodontic concerns. In fact, according to Humana, more than 4 million Americans currently wear braces. That total almost doubled between 1982 and 2009, and it keeps growing. But not everyone who needs orthodontic improvements wants braces. In many cases today, the cons of wearing braces often outweigh the pros. Of course, that doesn’t mean you need to just keep dreaming of that perfect smile thanks to Invisalign, the almost invisible way to straighten teeth. But what are some major benefits of Invisalign for teens?

Most adolescents at one point or another are caught between wanting to be the center of attention and wishing they could fade into the shadows. While traditional metal braces are a rite of passage for many, they also often make an already insecure or visually focused teen retreat… at least until the procedure is completed. However, Invisalign can help your teenager come out of their shell and rejoin the human race. The clear aligners are almost completely invisible and allow teens to engage in social activities without the potential negative stigma of metal mouth. And that’s priceless.

One problem with traditional braces is the food limitations. Crunchy snacks, popcorn, gooey sweets, and even certain fruits and vegetables are completely off limits unless you want to end up with broken wires and extended procedure time. However, that’s not such an issue with Invisalign. The clear aligners are removable which make strict dietary limitations during orthodontic treatment a thing of the past. So your teens can still enjoy their favorite treats, sweets, and snacks to a point. As always, moderation is key to avoid other potential health and dental issues down the road. But certain foods don’t have to be off-limits for years anymore simply due to a dental procedure.

Braces usually come with an extensive list of dos and don’ts that confound and confuse the patient before they leave the orthodontist. And cleaning… well, that’s another chore altogether. But that’s not a problem with Invisalign. In fact, if your kids have decent dental hygiene habits, they’re already armed with the knowledge and abilities needed to maintain and care for their aligners. Invisalign aligners need to be removed for mealtimes and snacks. The teeth and aligners simply need to be brushed afterward before the aligners are replaced, and then again before bed. As long as the aligners are cared for correctly and consistently, decay shouldn’t be a concern.

Invisalign Is Compatible with Extra-Curricular Activities

Braces can get damaged easily, so some orthodontists limit specific activities such as sports and band. Sports and musical equipment can easily jar the mouth and pop out wires or dislodge brackets. But that’s not the case with Invisalign. The aligners still need to remain in the mouth during practice and games or performances, and the patient may require practice or a learning curve to get used to the feeling and responsiveness while wearing the device. However, a little patience is all it usually takes for your teens to get right back on track with their favorite activities. Contact your Johns Creek Dentist to see if Invisalign is right for your kid.